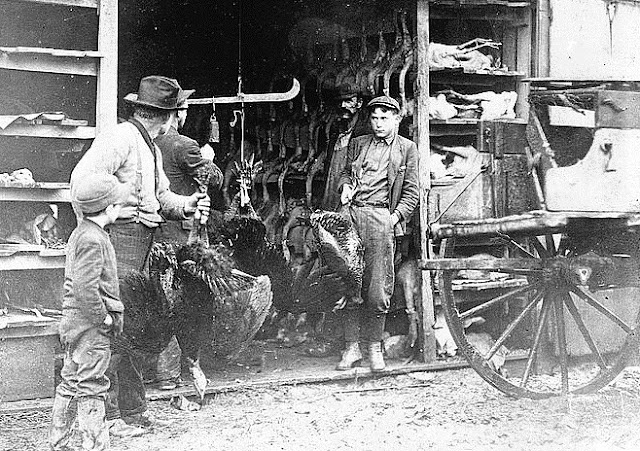 The Great Cabarrus Turkey Scam Buying Thanksgiving Turkey, c.1910-1915.  Library of Congress,   http://www.loc.gov/pictures/item/ggb2005011259/ In late November of 1915, a slick-tongued stranger came to No. 10 Township (Midland area) and Bost Mill. He represented himself to be the agent of a large poultry concern in Danville, Virginia and was looking to buy all the turkeys the farmers would sell: and so began the great Cabarrus turkey scam. The stranger identified himself as E. S. Bowen. After securing lodging, he began making the rounds with a wagon and driver to the area farmers. Bowen hired one of the farmers to make crates to hold turkeys. The going rate for turkeys was 15 cents a pound, and many of the farmers had already committed their birds to area sellers for the holiday season. Bowen said he wanted the birds for his Danville connection and would make it worth their while. He said they had provided him with a big checkbook and he would be able to pay much more
Post a Comment
Read more
More posts