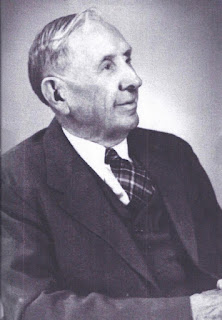 Pioneering Cabarrus Dentist, Dr. W. C. Houston Dr. William Cyrus Houston. Photo courtesy of D. Rudge, www.ancestry.com. It's fascinating to see how far we have progressed over the past 125 years or so when it comes to the field of dentistry. When Dr. William Cyrus Houston set up his practice as the third dentist in Cabarrus County history on April 8, 1890, it was a crude and painful business by today's standards. Located in Concord, Dr. Houston rented the rooms on the second floor over what was then Misses Benson & Fisher's millinery store at 14-1/2 South Union Street (now Angela's Gift Boutique), and spent all of his 54 years of practice in the same office. The only other dentist practicing in Concord when Dr. Houston arrived was H. C. Herring. In a 1964 newspaper article, Dr. Houston recalled that those were the days before local anesthesia. In fact, at that time, general anesthetics were almost never used by dentists. He described his patients as &q
Post a Comment
Read more
More posts