Cabarrus Man, Bill Allman, Was an Alaska Pioneer and Larger Than Life Adventurer Bill Allman, c. 1983 If you lived in Concord in the 1970s and early 1980s, you may remember Bill Allman. Each year, he headed south like a snowbird from Alaska to Concord. Here he would rent a small room at the Hotel Concord and spend the winter months visiting family and old friends, sharing stories of his great adventures in the frozen north. Then each spring, the old gold miner and prospector would return to the life he loved in rural Alaska.  The spring of 1984 was no different. As he had done for half a century, he headed out on May 30, 1984 to prospect for gold in the rough tundra near Marshall, Alaska, about 550 roadless miles north of Anchorage. He was taken by float plane to his claim on Tom Gray Creek, near the Yukon Territory and was to be picked up at a prearranged spot on July 18 for a return trip. But unlike previous excursions, this time he didn't show up. Bill Allman had disapp
2 comments
Read more
By Cabarrus Genealogy Society May 11, 2015 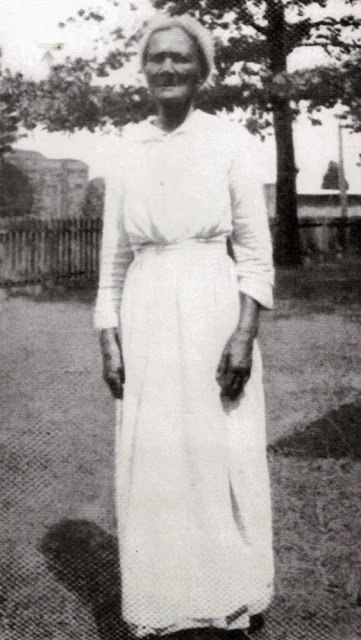 "Aunt Dill" was a Mother Figure to Many in Eastern Cabarrus Idelah Misenheimer Heilig. This weekend we celebrated Mother's Day. It is not only a special day to honor women who have children, but also the women who have given of themselves for the betterment of the life of a child. Although Idelah Misenheimer Heilig of Mount Pleasant had ten children of her own, she is said to have helped bring into the world many more.  Idelah (depending on the source it may be spelled Idella) also went by the name of Dilly and later Aunt Dill. She was born in Stanly County on March 25, 1848 to slaves Abner Misenheimer and Edith (last name unknown). She was initially the property of Rev. Levi Shankle of Albemarle and moved to the Mount Pleasant area when she was age seven. In In 1860 she was willed to Shankle's daughter Martha along with another slave named Elmira. Martha Shankle married Jacob J. Misenheimer in 1855 in Cabarrus County and settled in Mount Pleasant. It is repor
1 comment
Read more
More posts