On this election day, we look back to the election of 1892. It fell on Tuesday, November 8, but it was not until one week later that Cabarrus county people saw how they had voted. The November 15 Daily Standard published the official Cabarrus results, showing that 2924 of 3400 registered voters cast their ballots.

The 1892 elections presented many political choices. National and state ballots featured four candidates. In addition to Democratic and Republican candidates, there were also Populist and Prohibitionist tickets for President, Congress and North Carolina Governor.

The following totals are from Cabarrus County ballots:

Although the Democrats claimed all six county offices in 1892, the Populists ran well. The results of county elections include the following: 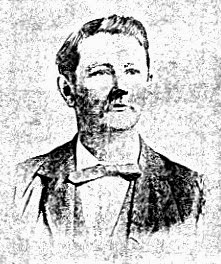 The Populist Party, an offshoot of the Democrat Party which existed from 1891 to 1908, was most active from 1892-96. Its supporters were mostly farmers in the South and Midwest who felt the Democratic and Republican Parties were ignoring their interests and difficulties. Low cotton prices combined with resentment against railroads and banks led farmers to organize in North Carolina. They adopted national Populism's Omaha Platform, which endorsed government ownership of railroads and a federally controlled money supply. On state matters, the party demanded a 6 percent limit on contract interest rates, full taxation of railroad property, and encouragement to education, agriculture, and manufacturing.