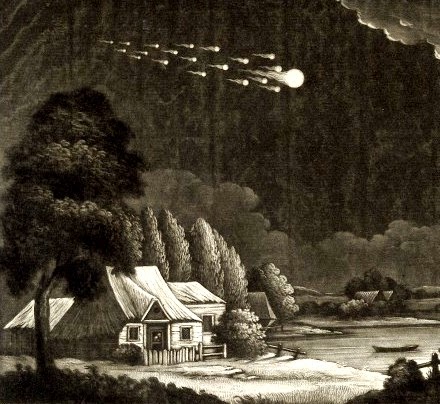 Cabarrus Citizens Spooked by Halloween Meteor Image source: Wellcome Library no. 43243i. Eighty-nine years before H. G. Wells' Halloween radio broadcast "War of the Worlds" panicked the nation, Cabarrus County experienced its own startling extraterrestrial visit. On Wednesday afternoon, October 31, 1849, a meteor fell through the Cabarrus sky, landing on Hiram Bost's land in Township 10, near what is now Midland. Because there are no surviving Cabarrus county newspapers from 1849, the Charlotte Journal provides the story. The first Journal article appeared on Friday, November 2, reporting that Charlotteans "heard a report like a clap of thunder and then a rolling like its distant reverberations." A November 9 article confirmed that a meteorite, weighing about 19 pounds, struck in Cabarrus County. The most detailed account of the event finally appeared in the Charlotte Journal on Friday, December 14. The newspaper described the meteorite as "
Post a Comment
Read more
By Cabarrus Genealogy Society October 27, 2014 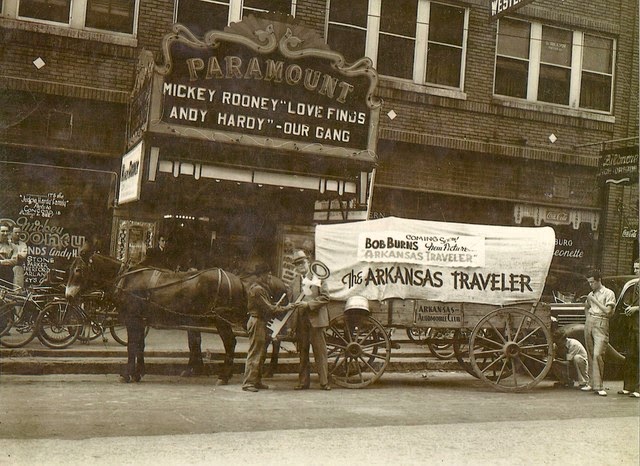 Using City Directories: Concord's Motion Picture Theaters Mentioned in the book "Stroke of Fortune" by William C. Cline,  the Paramount  Theatre in Concord, N.C. was the place to see action  serials of the day.  It is the current location of the Main Street Mall (Gifts & Garden by Angela and the new Mekong Thai Restaurant). Tex Ritter, the singing cowboy,  was a regular visitor, dropping by to say "howdy"  to his Concord friends at the Paramount Theatre anytime he was booked  nearby.  Concord saw  a large selection of traveling actors of the 1940’s from  the Kemp Circuit out of Charlotte.  Photo c. 1938, Mike Rogers, cinematreasures.org. City directories are a useful resource for understanding what leisure entertainment your Cabarrus ancestors may have enjoyed. The 1920 Concord City Directory lists three businesses as "Theaters and Places of Amusement:" The New Piedmont Theatre, located at 10 South Union Street; the Pastime Theatre, located
Post a Comment
Read more
By Cabarrus Genealogy Society October 21, 2014 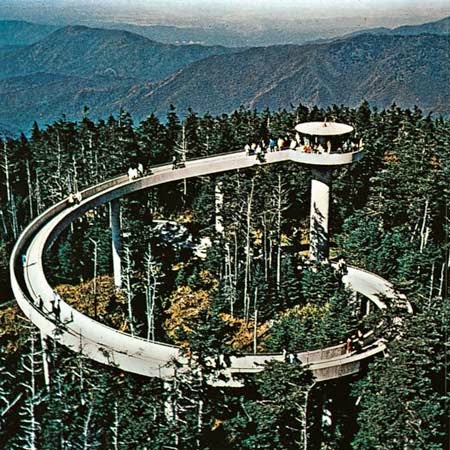 Cabarrus Connections: Clingman's Dome The tower atop the sloping ramp at Clingmans Dome affords an unobstructed view of the Great Smoky Mountains. Photo: Britannica Online . At first glance, Clingman's Dome, a mountain on the North Carolina-Tennessee state line has nothing to do with Cabarrus County genealogy. At 6,642 feet, Clingman's Dome is the highest point in the Great Smoky Mountains National Park. It is named for Thomas Lanier Clingman, a member of the first expedition to measure the mountain in 1858. In addition to his interests in mountain climbing and geology, Clingman was a North Carolina congressman and senator. The last southern senator to leave the U.S. Congress in 1861, Clingman served as a brigadier general in the Confederate Army. An interesting debate involving Congressman Clingman about North Carolina’s highest mountain developed in the 1850s. Clingman debated his former professor, Elisha Mitchell, on the location of the highest point in the North
Post a Comment
Read more
By Cabarrus Genealogy Society October 16, 2014 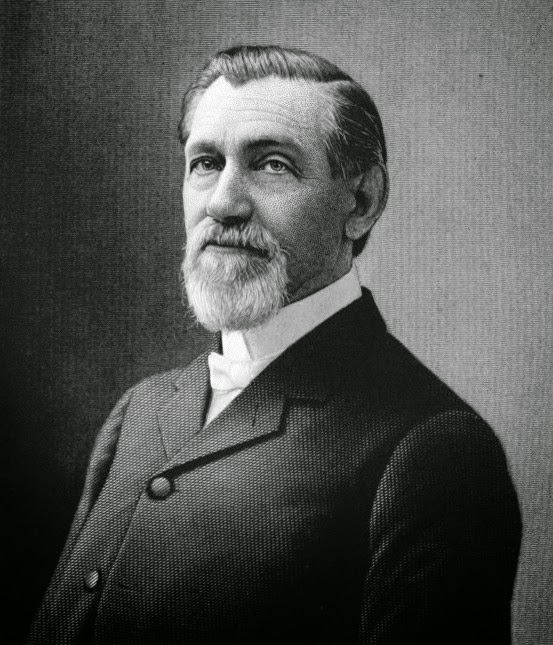 Steam Powers the Cabarrus Odell Cotton Mill A 1905 engraving of John Milton Odell. Courtesy: Archive.org On Tuesday, October 16, 1899, at 2:30 p.m., Odell Manufacturing Company turned on the new 175-horsepower steam engine, capable of running 500 looms, at its newest addition, Mill No. 5. One hundred new looms were already in place in Mill No. 5, with 200 more ready for installation. Odell manufacturing planned to use the new looms to make colored cloth goods called turenne seer-sucker. Odell Manufacturing Company was begun 21 years before in 1878, with Captain John Milton Odell's initial purchase of the McDonald Mill. By 1888 it was the largest plaid mill in the South. By the end of the century, Odell Manufacturing Company, located at the end of North Union Street on Buffalo Ave (in buildings including what is now known as Locke Mill Plaza) comprised five mills, housing 30,000 spindles and 1,850 looms. According to the October 18, 1899 Concord Times, Concord was indebted
Post a Comment
Read more
By Cabarrus Genealogy Society October 10, 2014 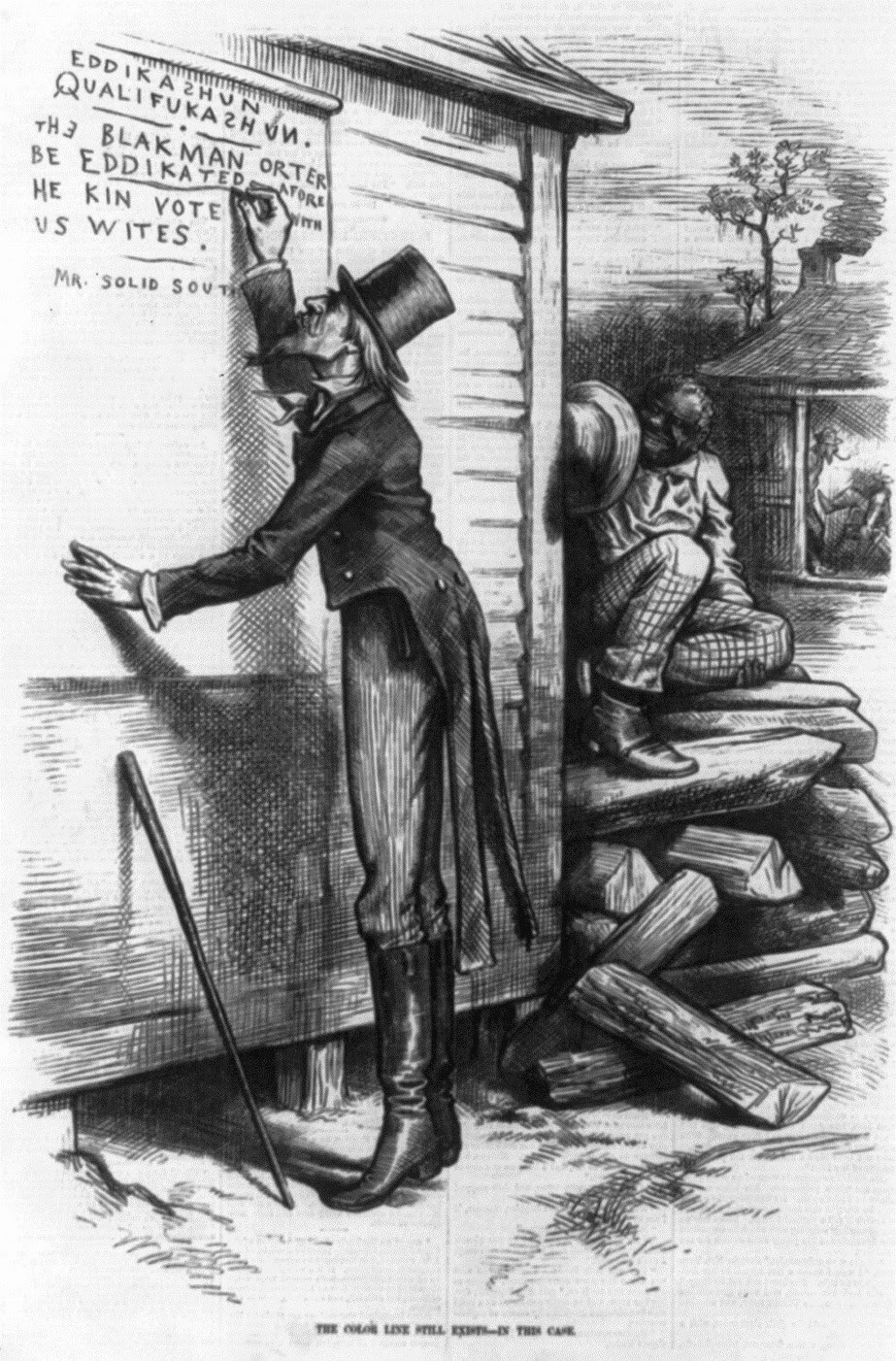 NC "Grandfather Clause"  Created  Useful Cabarrus Records Editorial cartoon criticizing the usage of literacy tests  for African Americans as a qualification to vote.  Illustration: Harper's Weekly, v. 23 (1879 Jan. 18).  Courtesy of Library of Congress. Today, October 10, 2014, is the last day to register for the November 4 general election. The criteria defining free elections have changed many times in our nation's political past. Unfortunately, the tradition of free elections, which have always been held up as a cornerstone of the American political system, have not always been open to everyone. In 1900, the North Carolina General Assembly proposed an amendment to the state constitution re qu iring that any voter registration applicant must have paid his poll tax and be able to read and write any section of the Constitution. This literacy test was designed to legally restrict the African-American vo te .  The large number of poor illiterate black males
Post a Comment
Read more
By Cabarrus Genealogy Society October 04, 2014 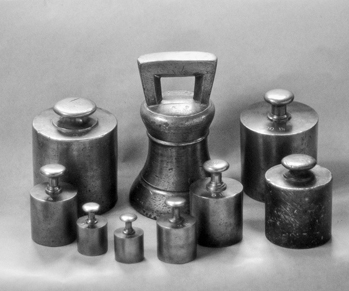 Cabarrus Sealmasters Check Weights and Measures A collection of weights and measures held at the Orange County Museum In  Hillsborough, NC. Photo by Jerry Cotten. www.ncpedia.org  . Among the responsibilities of the Church of England parishes in colonial North Carolina was the purchase and maintenance of a set of sealed weights and measures as the standard for each county. In 1741, an Act of the North Carolina Assembly changed the law so that the weights and measures would be provided by the justices of each county. The justices were to established standards for weights and measures, levy a tax to pay for them and appoint a Standard Keeper, or Sealmaster, to take charge of them. Each county had to buy a set of weights and measures made to specifications. The weights included hundreds, half, quarter, and eighth-hundreds, and seven, four, two, one and one-half pounds. Measures were gallon, quart, pint, one-half bushel, peck, yard and ell (a cloth measure equaling 45 inches).
Post a Comment
Read more
More posts